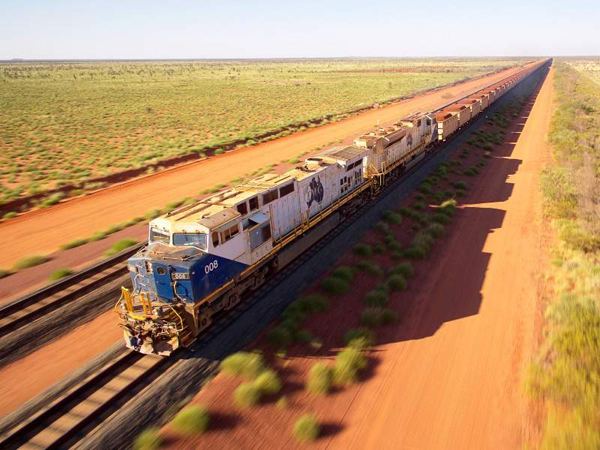 With WA’s infrastructure and mining sectors rebounding to peak levels, the 2020 WA Major Projects Conference will provide attendees with plenty of opportunity to break through the state’s infrastructure space.

The recent establishment of Infrastructure WA means the state will be equipped with an independent body tasked to develop Western Australia’s first 20-year infrastructure strategy.

The strategy will outline the state's significant infrastructure needs, addressing a broad range of sectors.

Infrastructure WA Chair John Langoulant AO will speak at the conference on the new body’s priorities, including how the strategy will outline projects, programs and policy reforms to meet the State's long-term infrastructure needs.

Many of these projects are focused within WA’s mining sector. Warren Harris, Director of the $1.8 billion Eliwana Iron Ore Mine and Rail Project will join Langoulant at the conference to update attendees on the large-scale project, which is expected to generate 1,900 jobs during construction and another 500 permanent full-time positions once operational.

Harris will also present on Fortescue’s $3.7 billion Iron Bridge Magnetite Project, which will tap into demand for higher-grade iron ore to create significant rewards for Western Australia, while creating 3,000 jobs during construction and 900 operational jobs upon completion.

The WA Major Projects Conference will also cover landmark major projects for WA, which, though they have yet to be developed in the state until now, possess benefits which hold transformative potential.

Through best practice strategies which will be discussed by Noonan at the conference, up to 40,000 tonnes of waste a year will be processed at the plant, exporting enough electricity to power around 50,000 households, and cementing ACCIONA’s aim to tap into the often-underutilised Waste to Energy technique. During the construction, operation and maintenance phases combined, nearly 900 jobs will be created thanks to the plant.

Alongside each major project case study, the WA Major Projects Conference will bring a group of seasoned experts together to zero in on two areas of importance for WA’s infrastructure sector.

A panel of experts will identify projects with the potential to provide a better quality of life for commuters living in WA’s urban and regional areas. The panel will explore ways of reshaping planning and decision-making of major project delivery, with a view towards promoting successful urban growth and development for the state.

From major projects promising various job openings for WA locals and visitors alike, to best-practice speeches and panels providing knowledge on effective delivery of infrastructure, the conference will provide plenty of opportunities for business looking to maximise their presence in WA’s infrastructure sphere.

The 11th Annual WA Major Projects Conference will be held on the 4th and 5th of March at the Perth Convention Centre.

Expotrade is a global conference and event organizer with its head office based in Melbourne, Australia. Expotrade has delivered some of the largest, most successful B2B industry conferences and events in the areas of infrastructure, major projects, sustainability, technology & architecture. For almost 10 years, our unique blend of knowledge, experience and flexibility has accomplished an array of consistently top-quality events. Today, Expotrade events enjoy such a distinctive edge, they are amongst the best patronised in the calendar.